Rescued and Rehabilitated more than 20,000 animals and birds!

Indian Herpetological Society (IHS) was formed with the intention of working in the field of herpetology and conservation of various species of the Herpetofauna. Owing to the increase in the scope work of the Society the Municipal Corporation entrusted the task of running the Snake Park under the auspices of Rajiv Gandhi Zoological Park and Wildlife Research Center. The society also runs the Wild Animal Rescue and Rehabilitation Center at Katraj.

Indian Herpetological Society has been recognized by international organizations like Species Survival Commission (SSC), the International Union of Conservation of Nature and Natural Resources (IUCNN) and Declining Amphibian Task Force (DAPTF). The management structure is based on the guidelines given by the CZAI.

The Wild Animal Rescue and Rehabilitation Center rescues an approximate 1500 animals per annum which are treated and re-habilitated and released into their natural habitat.

Wild Animal Rescue & Rehabilitation Centre (WARRC), operating under the auspices of The Indian Herpetological Society, has a specialized rescue team that handles complex rescue operations. Although most animals are temporarily displaced, a number of them require long term acclimatization for further rehabilitation or even life time care, some of them are even hand reared at WARRC and then relocated suitably in the wild. Some animals that have permanent injury or damage or are confiscated from illegal consignments of exotic animals and birds that are unable to survive into wild are housed permanently at the Center.

Snake Park and Wild Animal Rescue and Rehabilitation Centre (WARRC) have proven to be excellent examples of modern Zoo Management. Emphasis on animal enrichment and capacity building has significantly enhanced the cause of conservation.

Being the leading rescue facility it also serves as a training center for rescue management techniques. 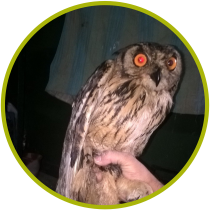 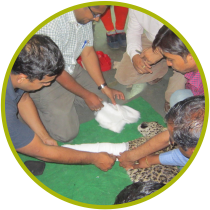 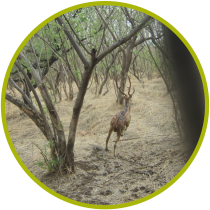 The most active rescue and rehabilitation
center in India